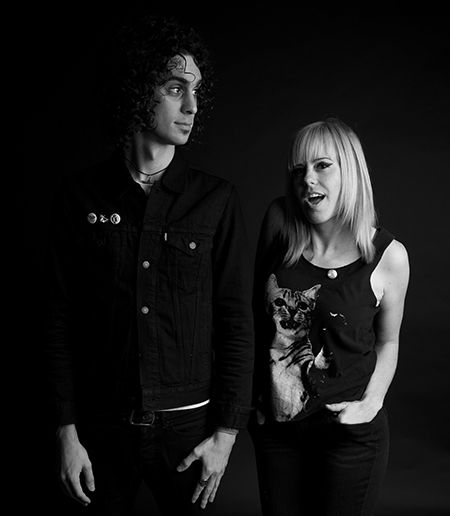 The duo known as The Two Tens have racked up a lot of accomplishments since the release of their first EP, Volume 1, including three additional EPs, the full-length LP Volume, and four US tours. Not to mention that the 12-song Volume album yielded seven (yes, seven) fully-realized videos, all made on DIY budgets funded solely by the band themselves, as was the production of the first album.

Made up of Adam Bones on guitar and vocals alongside co-conspirator Rikki Styxx on drums and backing vocals, the duo’s DIY pursuits were funded the old-fashioned way: hard work, playing local gigs and selling handmade custom merch. After releasing their four EPs digitally, the band spearheaded a very successful PledgeMusic campaign to release the full-length on CD, so impressing Man Della Records in the process that the label stepped up to release Volume on 12-inch clear vinyl.

Since then, The Two Tens have signed with Man Della, releasing their second album, On Repeat, on August 18, 2017. For On Repeat they tracked three songs in Minneapolis with producer John Fields (Dollyrots, Andrew WK, Pink), including “Keeping Hope Alive,” the lead-off single released on February 10, 2017. The LP was finished in Los Angeles with the Volume team of producer Bruce Duff and engineer Paul Roessler, with Fields mixing.

Recently, The Two Tens released a split EP with punk rock legends, the Queers, on ProRawk Records (USA) & SBAM (Europe). The 4-song split came out on 9/18/20 and includes 2 brand new recordings from each band plus special guest appearance by friend the Dollyrots on one of The Queers tracks. 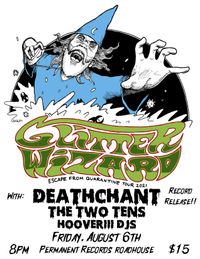 Join The Two Tens on 10/10 (get it?!) as we celebrate the release of "Cha Cha Cha!" Watch us live online from anywhere in the world! We'll be playing new songs from that release plus your other favorite tunes by The Two Tens!

Click this link and get a ticket to see the show! https://thetwotens.veeps.com/stream/events/a998c7500fef